Knowledge of mysterious underground energies has always been present in ancient cultures.

Closer to our time, and after research started in the 20’s by German scientists Winzer and 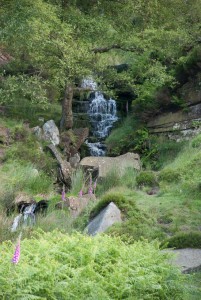 Melzer, the NASA Bureau of Standards discovered in 1962 that the earth had an electromagnetic frequency of 7.83 Hertz.
When the first space missions were launched, scientists discovered that the astronauts became unwell when they left the influence of the earth’s natural energy field.

The earth’s energy field, partly geomagnetic in composition, radiates in a system of grid lines relating to the magnetic north and south poles. When in balance the energy is necessary for optimal health. During several million years, human beings have become attuned to the earth’s natural frequency, and the body, especially the immune system, reacts negatively when this frequency is altered.
The earth’s electromagnetic field is sometimes distorted, which causes the level of radiation to rise, and these lines of increased energy are called Geopathic Stress (GS), a real pathology of the earth.
They can be compared to the meridians which traverse our body: they are some of the earth‘s meridians which have become stagnant or polluted, carrying a flow of negative energy.

Quite often the cause of the disturbances can be found in natural geological particularities such as underground streams, mineral deposits, radon gas etc. or it can be man-made: underground galleries, mining, railways, motorways, tunnels, heavy industry, power stations…
There is also a well-known link between GS lines and traumas which affect the earth’s subtle energetic body, such as ancient battle grounds, or historical sites of executions and torture for example. These sites also hold harmful energy.

Repeated exposure to GS, (for example if your bed or chair is placed over such a line) can affect your health and well being. Much research has been carried out in Germany and Austria and scientists are convinced that GS has a direct influence on serious illnesses

Current research suggests that GS might not cause illnesses directly, rather that its presence weakens the body’s natural defences. Geopathic Stress can contribute to minor ailments such as colds and ‘flu or inexplicable tiredness and lethargy, but also to much more serious illnesses: depression, MS, M E, Parkinson’s and Crohn’s disease, cancer, to name but a few.

It is possible to buy special devices that are said to protect from GS, but the best way is to learn to detect then treat these lines of harmful energy.